The Unitary Council is Doncaster Council.

History of the Parish 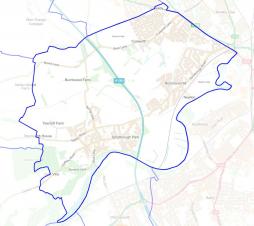 The Parish of Sprotbrough and Cusworth lies three miles to the north west of Doncaster town centre and is split by the A1 motorway. It is approximately 11km2 and comprises of the urban areas of Sprotbough, Cusworth and a small section of Scawsby. As of 2011 the resident population was 12,134. The Parish comprises of several local and national businesses and includes Cusworth Hall, Museum and Park and Sprotbrough Flash Site of Special Scientific Interest (SSSI). The stretch of River Don west of Doncaster from the A1(M) motorway in the east to Conisbrough Viaduct in the west is also known as the Don Gorge and is managed by the Don Gorge Community Group.

From barge to cabin cruiser

The River Don forms part of the famous South Yorkshire Navigation Canal, which over the past century has been an important transport artery for industrial South Yorkshire. For many years, huge barges hauled coal from local collieries to customers from East Yorkshire to Sheffield. In recent years the waters have become popular with a rising tide of leisure users who travel along the UK canal network in pleasure craft, often stopping off for a day or two in Sprotbrough.

Sprotbrough's history can be traced back nearly 1000 years, with the settlement being mentioned in the Domesday Book of 1086. To mark this fact, in 1996 Sprotbrough and Cusworth Parish Council purchased a commemorative copy of the Domesday Book, which is now housed at Sprotbrough Library.

What's in a name

It is believed that the name Sprotbrough originates from a mix of English and Scandinavian names, with Sprottea being a shoot and Brough being Scandinavian for a defensible place.

Those early hamlets would have been ringed by vast areas of agricultural land and many of the open fields we still have today have names that can be traced back to early maps of the area.

From a home to a museum

Cusworth Hall, was built between 1741 and 1744 for the Wrightson family by George Platt of Rotherham, with the wings on each side being added between 1751 and 1753. The Hall is now an industrial museum and its grounds a country park. A multi-million-pound grant from the National Lottery has funded an extensive refurbishment programme to the building and grounds. There are outstanding south-facing views from the back of the Hall, where it is possible to see the Trent Valley power stations more than 40 miles away.

On the local beat

The first recorded reference to a local parish council was in 1894 and two years prior to this a list of parish officers was listed, featuring Rector's Warden, People's Warden, Overseer, Guardian and Way Warden.

It is interesting to note that responsibility for maintaining law and order at that time was vested with the residents of the parish. By the 1900s a headquarters for the local police had been opened at Conisbrough and in 1907 a police officer was stationed at nearby Cadeby. The beat included Cusworth, Melton and Newton Lane all on foot patrol. Three years later the service became more efficient when the constable was provided with a bicycle. In 1927 the first village bobby came to live in Sprotbrough.

The Fitzwilliam's owned much of the local land until the early 15th century when the Copley family emerged as major landowners. Their legacy and links with Sprotbrough village continue through the local primary school Copley Junior which was named after them. Long-gone Sprotbrough Hall was built in 1670 for the Copley's.

Copy of a Kips engraving made around 1700

Entrance to Sprotbrough Hall off what is now Park Drive

The Rectory on Boat Lane is claimed to be the oldest property in Sprotbrough, having being extensively restored in the 1840s. The childhood home of WW2 fighter ace Sir Douglas Bader, whose step-father was Rector of St Mary's Church for some years, a hole in one of the windows of the house is thought to have been caused by Sir Douglas firing an air rifle at his step-father.

The Boat Inn, once called the Copley Arms, was rebuilt in the 1840s and extensively refurbished at the end of the last century. Offering a wide range of meals and drinks it continues to be a popular stopping off point for pedestrians, cyclists, motorists and boaters alike because of its close proximity to road and water routes and the Trans-Pennine Trail.

RT @MyDoncaster: People are also welcome to leave floral tributes in the raised grass beds in Sir Nigel Gresley Square which is a short walk away from @DanumGLAM.

Any floral tributes which are left at the Mansion House will also be moved to this area.

RT @MyDoncaster: Chamber Road car park (next to @DanumGLAM) will also be open free of charge for people to park up and sign the Book of Condolence, although please be mindful of parking restrictions including disability bays and that car parking is free only for signing the book.